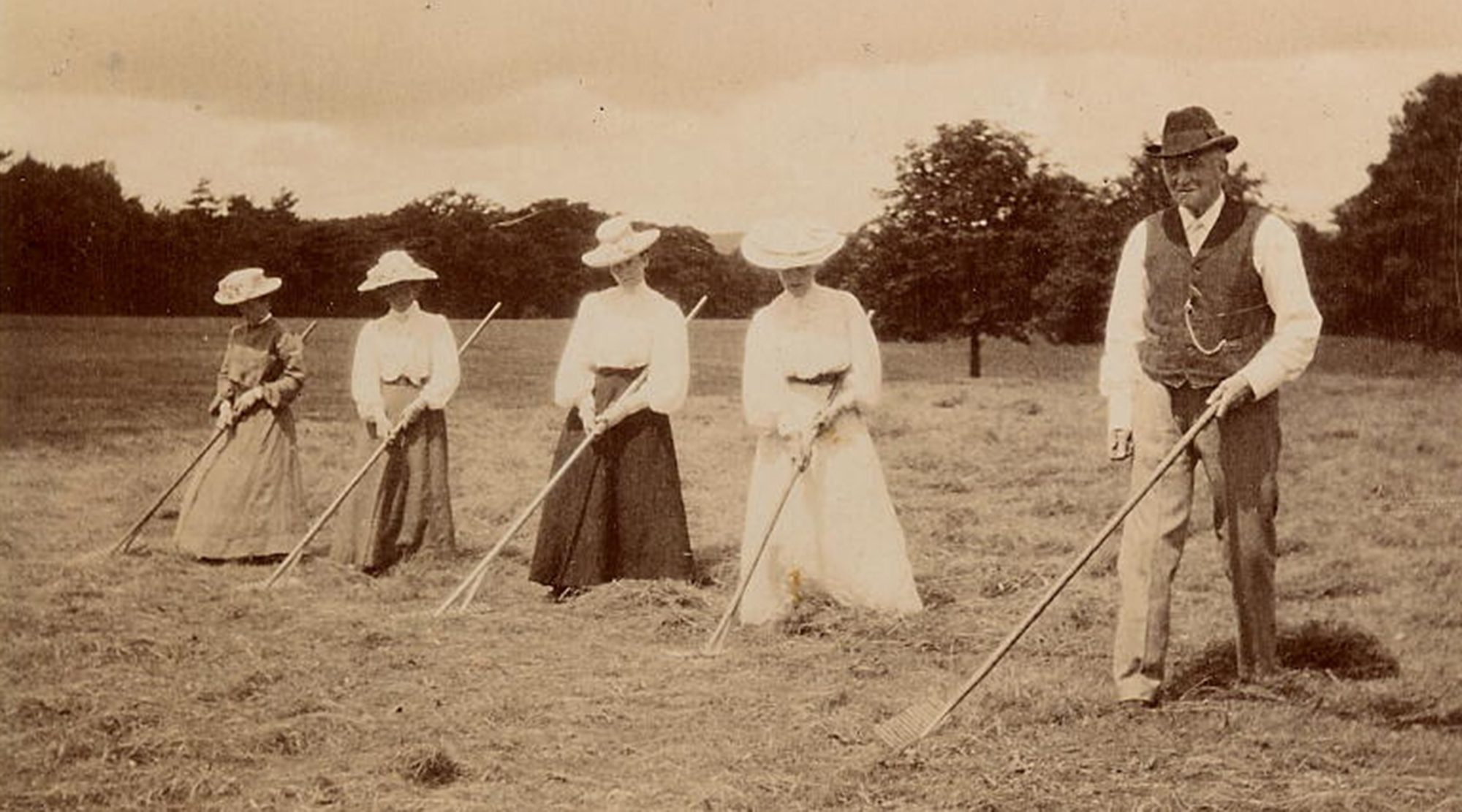 Herbert Lloyd of Plas Cilybebyll and four of his daughters

“Benthyg dros amser byr yw popeth a geir yn y byd hwn.” (all we have in this world is ours on borrowed time)

Around 500 years ago, Plas Cilybebyll was owned by descendants of the Welsh kings of the dark ages. It then passed to the powerful Herbert dynasty who came to prominence during the Wars of the Roses. Their coat of arms bore three lions rampant – a symbol of Anglo Saxon dominance. In 1797, the Herberts married into the Lloyd dynasty. The Lloyd family claimed descent from an Arthurian knight who was protected by an army of 300 ravens, a story told in the Welsh folk tales ‘The Mabinogion’. Their coat of arms showcased the raven – a symbol of Welsh defiance. This mixed heritage is reflected in the logo we use today.

The fortunes of Plas Cilybebyll fluctuated as it passed from generation to generation. Henry Leach, who in 1828 gave the house its magnificent chateauesque facade, escaped from a French prison during the Napoleonic wars. It is thought he was inspired by what he saw as he fled for his life through revolutionary France, making it back to Britain hidden inside a barrel.

Successive generations of owners became unimaginably wealthy. They were the coal barons of the industrial revolution and Plas Cilybebyll sat directly above the very coalfield that helped to fire it. ‘Black gold’ helped make the British gentry the wealthiest class of people in the richest country in the world. Yet two world wars later, Plas Cilybebyll, along with hundreds of other country estates, could no longer sustain itself.

In 1957, after five centuries of unbroken inheritance, the estate was broken up and sold. A local man by the name of Oswald Bowen purchased what remained – the Manor, its outbuildings and home farm. He had started his working life down a coal mine at the age of ten and was returning to the valley in which he was raised.

Around thirty years later, the Manor house was sold once again, although the Bowen family kept the home farm which became known as Plas Farm. The Manor had a succession of different owners before being happily reunited with Plas Farm in 2019.

Plas Cilybebyll has been a private home for at least half a millenium. As a result, its remarkable history has remained largely untold. It is our ambition to share this exceptional place with guests who are passionate about its history, its connection with nature and calming ambiance.

The Manor now runs entirely on renewable energy. It has nine bedrooms and an indoor pool making it ideal for groups looking to rent a manor house in Wales. Plas is the welsh word for Manor or Mansion.